“So that, whatever the stars were made for, they were not made to please our eyes. It is just the same in everything; nothing is made for man.”

“But time is short, and science is infinite…”

“Within his temples felt thoughts not of woman’s looks, but of stellar aspects and the configuration of constellations. Thus, to his physical attractiveness was added the attractiveness of mental inaccessibility.”

“At night, when human discords and harmonies are hushed, . . . there is nothing to moderate the blow with which the infinitely great, the stellar universe, strikes down upon the infinitely little, the mind of the beholder . . . Having got closer to immensity than their fellow-creatures, they saw at once its beauty and its frightfulness. They more and more felt the contrast between their own tiny magnitudes and those among which they had recklessly plunged, till they were oppressed with the presence of a vastness they could not cope with even as an idea, and which hung about them like a nightmare.”

These five increments of word service,  from “Two on a Tower” lay beside you…  a tantalizing expectation of what Thomas Hardy tried to contain in one masterpiece…Love, astronomy and that which cannot be touched.

Please read this story of the stars…. 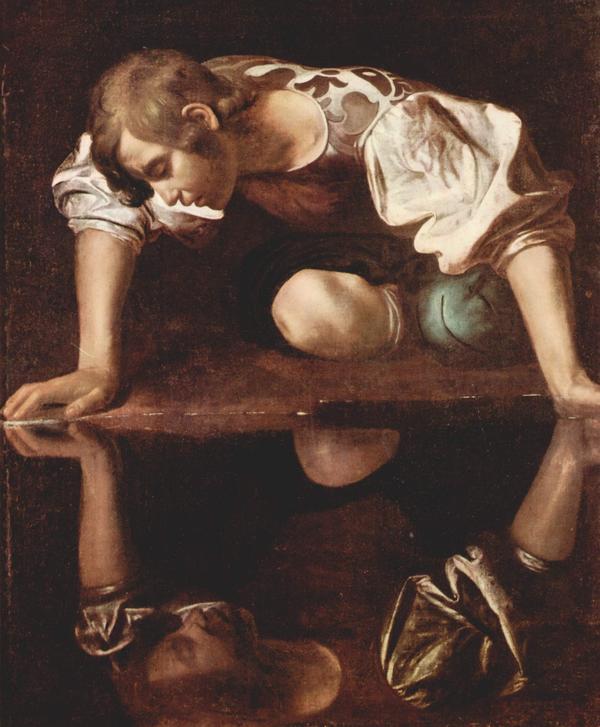 Man must rise above the Earth—to the top of the atmosphere and beyond—for only thus will he fully understand the world in which he lives.

A recent blog post on Yovisto repeats a very widespread myth concerning Copernicus, his De revolutionibus and the calendar reform of 1582. This particular myth is so prevalent that I have no illusions about stamping it out but as a bone fide history of science myth buster I thought I could at least put the record straight in my little corner of the Internet.

Astronomers and mathematicians had been aware that all was not well with the Julian calendar since at least the time of the Venerable Bead in the ninth-century CE. The average length of the solar year produced by this calendar, with a leap year every four years, was about eleven minutes too long producing a slippage of the calendar against the natural year of one day every one hundred and twenty-eight years. This might not seem like an awful lot but over the centuries it accumulates. As…

Recently, my attention was drawn to an article by Pascal-Emmanuel Gobry, on The Week website, telling the world what the real meaning of ‘science’ is (h/t Peter Broks @peterbroks). According to Mr Gobry science is the process through which we derive reliable predictive rules through controlled experimentation [his emphasis]. This definition is of course totally inadequate but I’m not going to try and correct it in what follows; I gave up trying to find a simple all encompassing definition of science, a hopeless endeavour, a long time ago. However Mr Gobry takes us on a whirlwind tour of the history of science that is to say the least bizarre not to mention horribly inaccurate and in almost all of its details false. It is this part of his article that I’m going to look at here. He writes:

A little history: The first proto-scientist was the Greek intellectual…

On the whole in my activities as a historian of science I have mostly tried to avoid Galileo Galilei; as far as I’m concerned there are many much more interesting cases to be researched. Naturally as a historian of the early modern period I have long been aware of the main details of his life and scientific activities. Last year was The International Year of Astronomy in which I was intensively active and as the year was created to celebrate the 400th anniversary of Galileo’s first use of the telescope in astronomy I could not avoid reading a vast number of popular and semi-popular article about Galileo and his activities. Beyond this I was asked by a writer to recommend research literature for such an article and as a result I decided that I should read up on the newest research results concerning the Tuscan polymath, which I duly did.

Images that change the course of history?

“Here too it’s masquerade, I find:
As everywhere, the dance of mind.
I grasped a lovely masked procession,
And caught things from a horror show…
I’d gladly settle for a false impression,
If it would last a little longer, though.”
― Johann Wolfgang von Goethe

Recently on twitter I stumbled across a problematic discussion, as to which single image had most changed the course of science. Although the various participants made stimulating and interesting suggestions, Darwin’s tree diagram, Franklin’s photo of DNA etc. I found this discussion problematic because it suffers from the same difficulties as discussion in the history of science as “the first”, “the greatest”, “the father of” and all similar hyperbolic claims, just how do you measure and compare the numerous candidates that spring to mind?

This discussion didn’t just appear out of cyberspace on somebody’s whim but was provoked by Joe Hanson at It’s OK to be Smart and his post Message from the Moon, which in turn was provoked by the set of washes of the moon by Galileo that had been circulating on Twitter a couple of days before.

The watercolour sketches that Galileo made of his initial…

from being able, to being, to the same

“My days I devote to reading and experiments in chemistry, and I spend many of the clear nights in the study of astronomy. There is, though I do not know how there is or why there is, a sense of infinite peace and protection in the glittering hosts of heaven. There it must be, I think, in the vast and eternal laws of matter, and not in the daily cares and sins and troubles of men, that whatever is more than animal within us must find its solace and its hope.”

The Short End Of It:

French astronomer who first accurately measured the length of a degree of a meridian (longitude line) and from that computed the size of the Earth.

Picard became professor of astronomy at the Collège de France, Paris, in 1655. His measurement of the Earth was used by Sir Isaac Newton to verify his theory of gravitation. In 1671 Picard went to the observatory of the noted 16th-century Danish astronomer Tycho Brahe at Hven Island, Sweden, to determine its exact location so that Brahe’s observations could be more precisely compared with those made elsewhere. He brought back copies of the originals of Brahe’s principal work.

Picard is also credited with the introduction of telescopic sights and the use of pendulum clocks as contributions to greater precision in astronomical observations. In 1675 he made the first recorded observation of barometric light, the light that appears in the vacuum above the mercury in a barometer when the barometer is moved about. In 1679 he founded and became editor of La Connaissance des temps ou des mouvements célestes (“Knowledge of Time or the Celestial Motions”), the first national astronomical ephemeris, or collection of tables giving the positions of celestial bodies at regular intervals.

The Longer (and better) End Of It:

As per the Galileo Project:

A petite side note  very worth mentioning:

From Darkness at Night:

The French astronomer, Jean Picard , after an expedition to determine the longitude of Tycho Brahe’s old observatory on the Island of Hveen, returned to Paris in 1672 accompanied by the young Danish astronomer Ole Roemer.  Roemer was appointed tutor to the Dauphin and assigned the task of assisting in updating the occultation records of Jupiter’s moons.  Like Cassini, Roemer  noticed the irregularities in Io’s eclipses.  The satellite’s immersions(disappearances) behind Jupiter and emersions(reappearances) rarely occurred precisely on time.  With improved data, he became convinced that finiteness of the speed of light explained these variations.  In September, 1676, he announced at a meeting of the Paris Academy of Sciences that the eclipse of Io on November 9 would occur  10 min later.  He went around repeating this prediction, explaining that the earth was moving away from Jupiter, and the delay would be caused by the extra distance light had to travel to catch up with the Earth.  His successful prediction, followed by his paper read before the Academy, established him as the discoverer of the finite speed of light.  He pointed out that the change that had occurred in Io’s orbital period, though “not sensible in two revolutions, became very considerable in many taken together.”

Five years later, o returning to Copenhagen, Roemer was appointed a professor at the university; he became mayor of Copenhagen, and then astronomer royal of Denmark.  Among his many inventions must be included the mercury thermometer in the from used nowadays.  Gabriel Fahrenheit, a German-Dutch instrument maker, only copied Roemer’s method of construction and calibration (ice at 32 degrees and boiling water at sea level at 212 degrees); the misnamed Fahrenheit thermometer should be called the Roemer thermometer.

Please take some time to do your own research on this fascinating man.