We all bear the keys to some magic unknown.

This power to forge and found, where seemingly unimportance exists.

But the earth and its constructs…build dungeons of unknown height, descending into the depth.

A depth which at times, becomes all consuming.

The magic…masked by the nonage, brief and gaining upon its enchanting end

The walls become thicker, the air of roughhewn strife…abounding yet lacking, still in  deepest breath.

Quivers of doubt…assume the mortar for constructed grief.

and the swift air’s lullabies signal the draft…for sorcery and its eventual demise, in factual form.

We all lose something of  great effect, in the transition from bairn born…to developed being in form.

We lose the keys to the castle…the keys to some of the down-reaching affectivity of what it means to be human, to encompass soul.

To sense and to know…what truth is in form.

There is a first time in the castle, a passage that may never be brushed upon again.  Whether through passage or concurrence, in places known.  There is a sense of impending doom attached, to knowing what may have been lost.

The path to innocence,  a small cleft into the breach of the castle.

But, if one fails to even see what this path may signify…this cleft becomes a chasm.

An abyss of which we peer into at any habituated chance in time and place.

If one cannot even angle themselves in the presence of such things, the keys remain pointless.  The cleft, impenetrable.

The mere presence of progeny, symbolizes a fathomless glimpse into a world of possibility.  A world where one contains sheer objective to subsist beyond physical mean.

These are the keys…

this , the first time in the castle.

This is the beginning extension of narrow…

and the path away from the very meaning of how human soul may be measured. 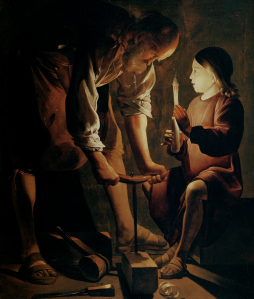